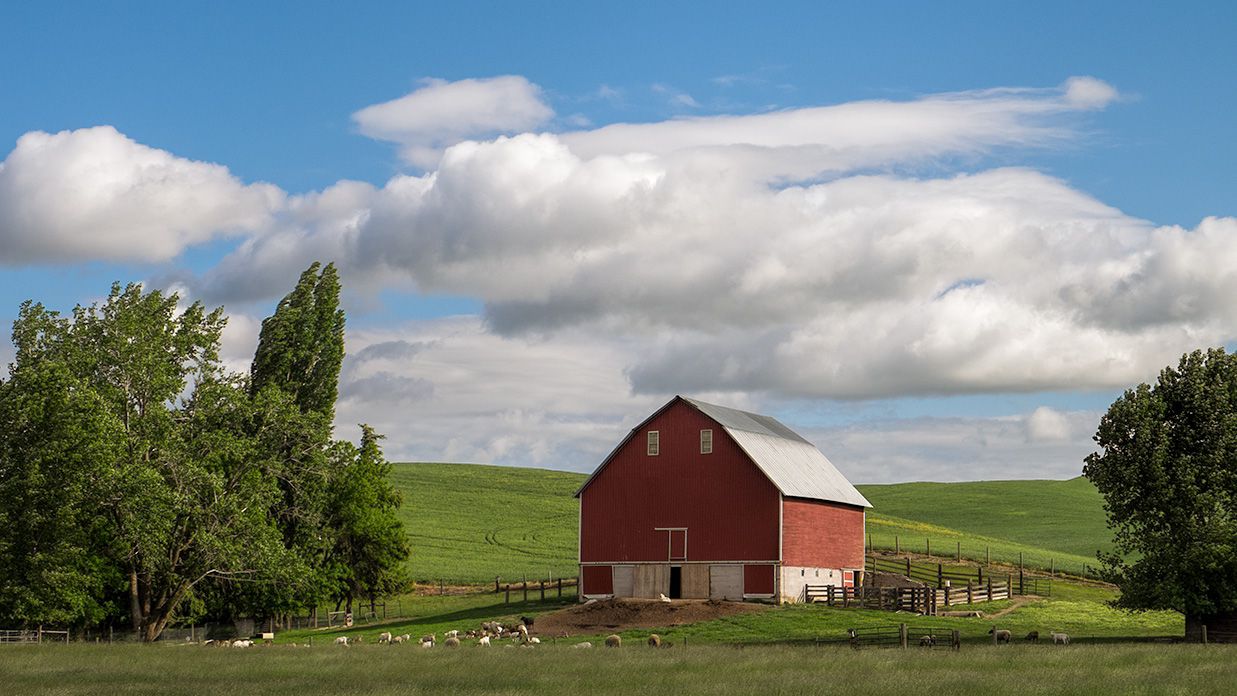 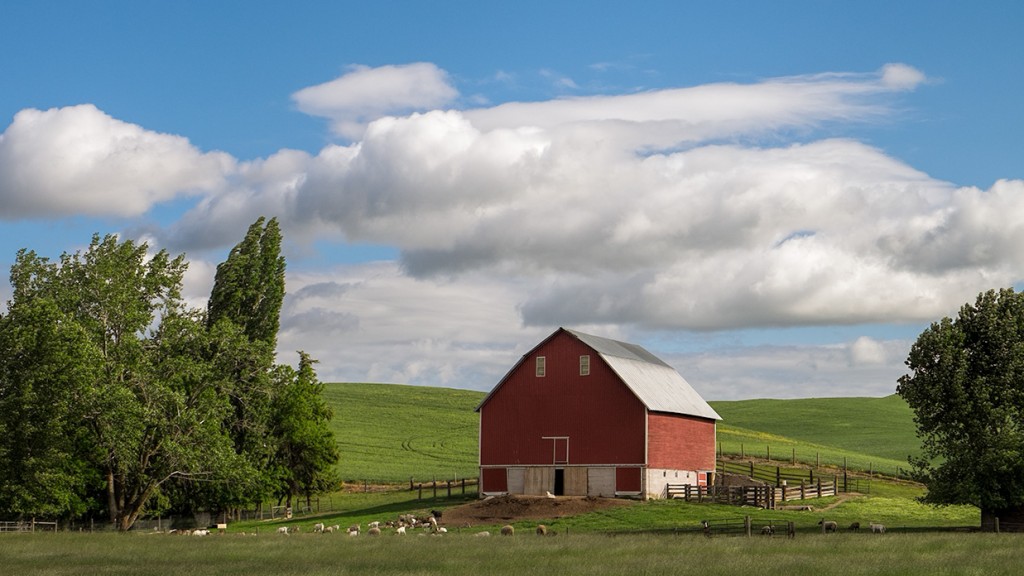 New, New Zealand Tour announced. Yes, after being pushed and prodded (Thanks Eli!), we are going to New Zealand in April of 2015. Details can be found on the bottom of the TOURS page.  Because of the way things tend to happen with our tours, we already have 9 signed up, leaving only 3 spots. So, if you have interest in the South Island of New Zealand you might want to act swiftly!

The blog image is another from our recent Palouse trip. We’ve driven past this barn numerous times and have never stopped. This time the clouds were strong and there were sheep pouring out of the barn door.  I pursuaded Dan to stop so I could make a quick capture out of the car window. Glad I did as I love the pastoral feeling of this classic Palouse scene.

In my next post I will discuss the Perfectly Clear plug-in and what I’ve recently learned. This plug-in is pretty powerful and does much more than I realized.