Cape Cod Through Their Eyes 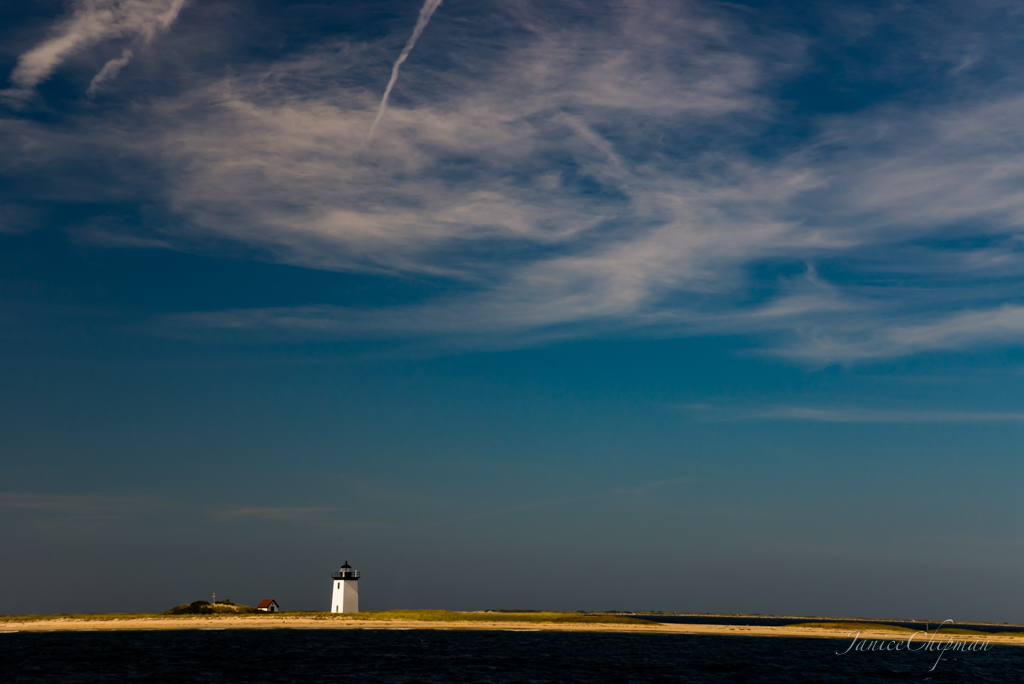 Yet another installment of my “Through Their Eyes” series. This time images from the participants of my recent workshop on Cape Cod.

“I have been obsessed for some time to capture an image such as this.  As a few of us were on our way to photograph a lighthouse, this scene caught my eye and I had to shoot it. I love the simplicity of these fishing nets and immediately saw it as a black and white image.
I must give credit again to Chuck Kimmerle who opened my eyes to the beauty and serenity of simple black and white images. By the way, we never reached the lighthouse!” 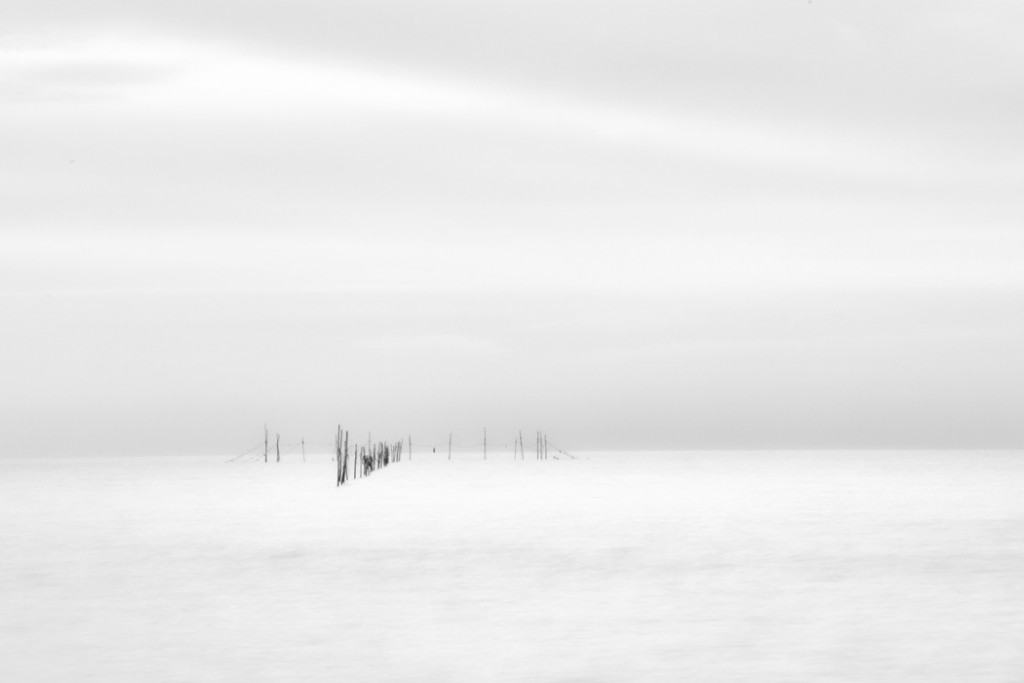 A whale watch trip in Provincetown was a bonus to the Cape Cod trip with John.  The whales were sensational, but on the trip back to shore, we were treated to this scene.  I can eliminate the distortion with Lightroom’s Lens Correction, but I like the distortion.  I would have submitted a Cape Cod image, but my very talented tour mates took all the good ones! 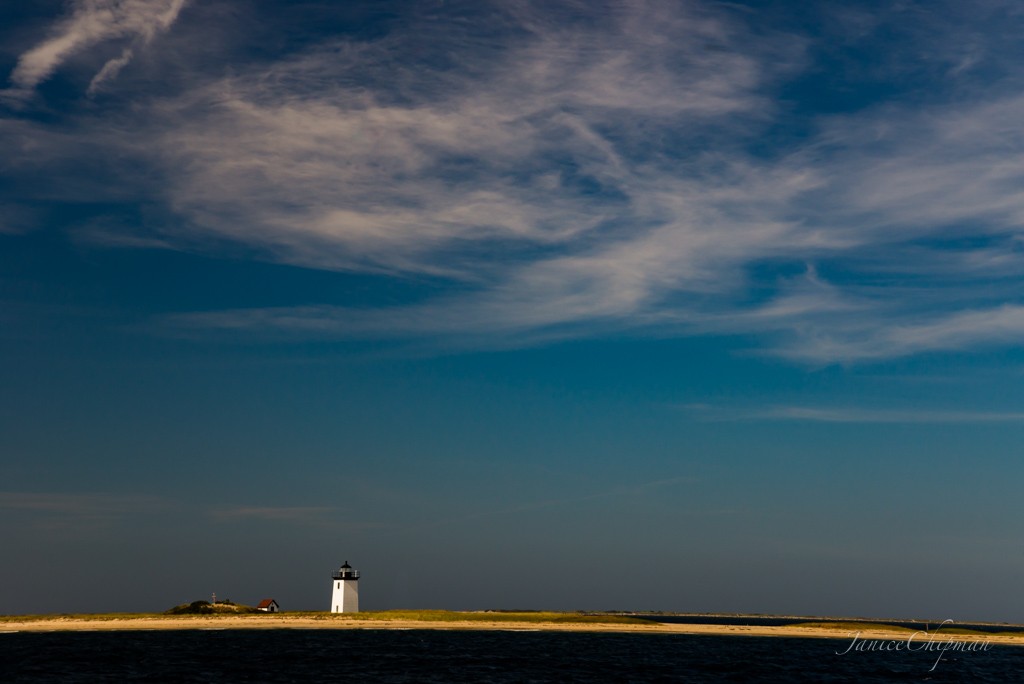 I chose an image of Stage Harbor Light as my favorite for three reasons.  First, I didn’t expect much from that evening’s shooting, since we didn’t get the sunset we expected when it clouded over.  Still, I noticed the dramatic sky behind the lighthouse because someone else in the group had submitted a set of dramatic B&W sky images in their opening slideshow.  Even so, I wouldn’t have been able to do the sky justice and produce the dramatic image if I hadn’t learned important tips for using the Lightroom Graduated Filter and other techniques from you and Lori in the post-processing session.  This is an image I probably would have thrown away before the workshop.  Now, I’m very happy with it! 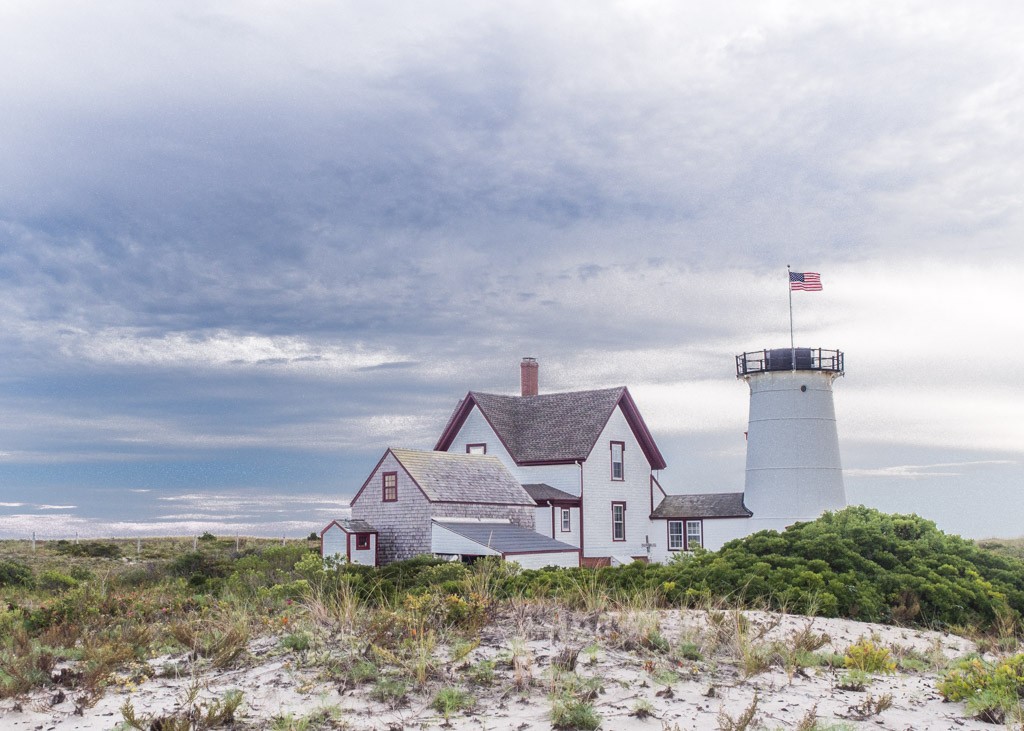 This early morning, photographing the yellow dory was magical. The tide was out and I couldn’t get enough of the patterns of the mud flats.
I was singing a happy tune when puffs of clouds appeared above the horizon. Exquisite moment shared with friends. -:) 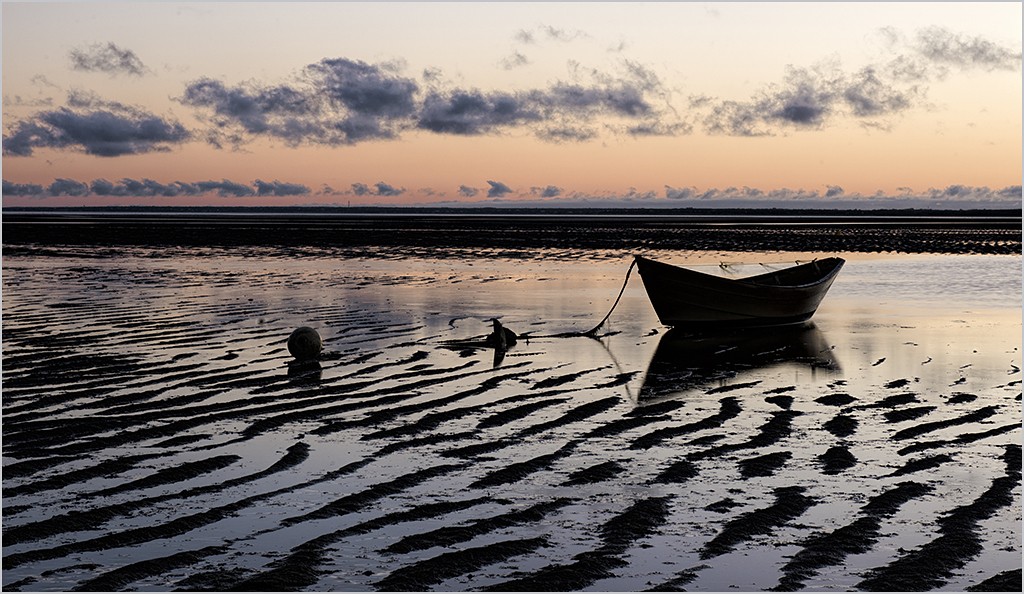 Henry Fortna
Low tide at Point of Rocks.  Look what was hiding under eleven feet of water. 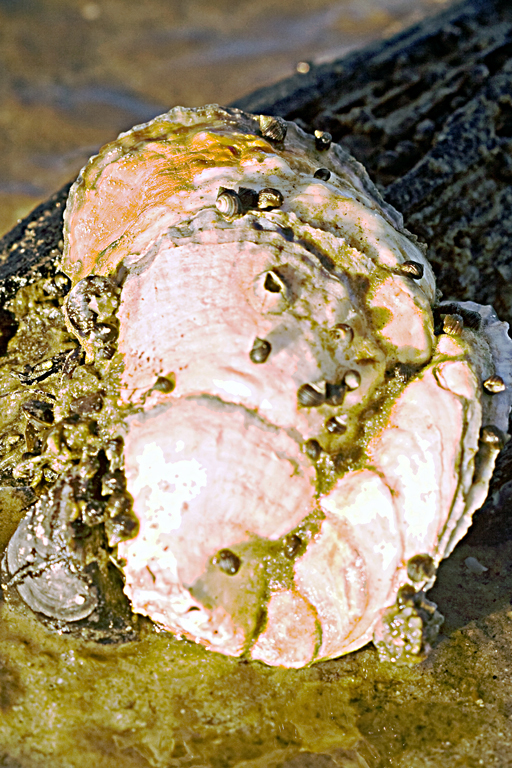 Kris Fortna
The park at Rock Harbor was in a festive mood in a familiar, small town way. Folks eagerly talking to one another and asking what we were doing. I was looking for simplicity and I found it in the scene and in the warm welcoming feeling of the evening. The photo could not be black & white, it had to be warm brown. 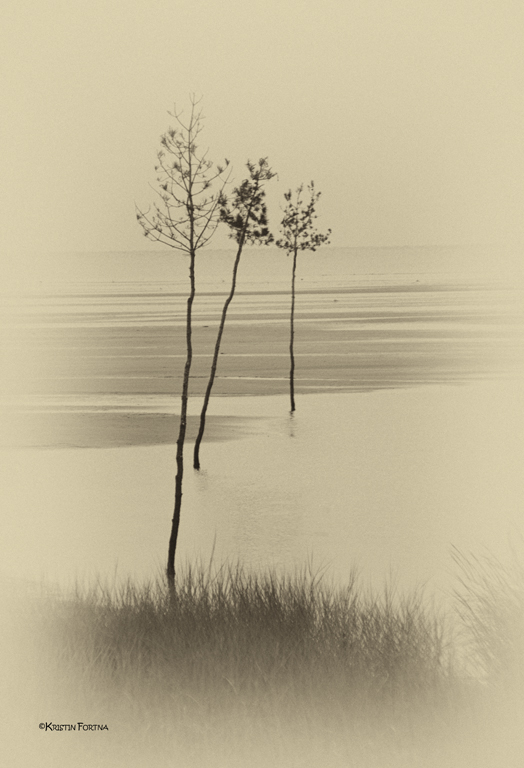 Barb Korman
I chose it because it was one only Janice, Kris and Henry would have seen. Rock Harbor is definitely a great stop. The tide was out incredibly far. I hadn’t seen anything like that since I was in the Bay of Fundy. 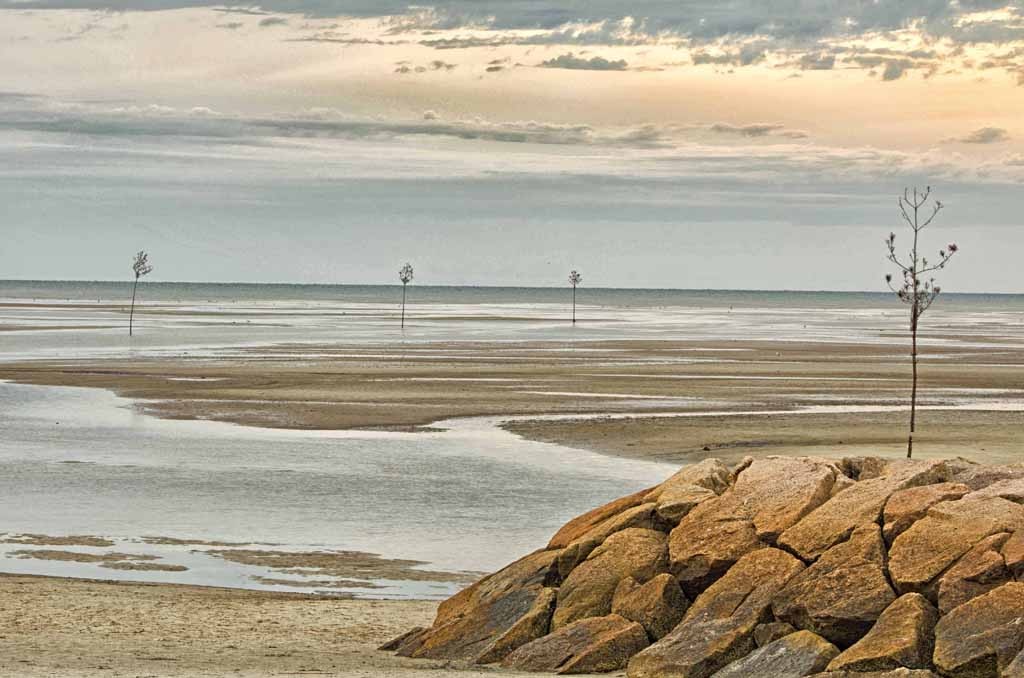 Beth Debor
Since I was having some technical difficulties most of the weekend which may not have been technical at all, maybe just photographer error, I wanted to submit something that was forgiving. I brought my good time with me to a dreary morning shoot and captured this scene which included lots of rain spots on my lens even after wiping it so I worked with it and created this image. 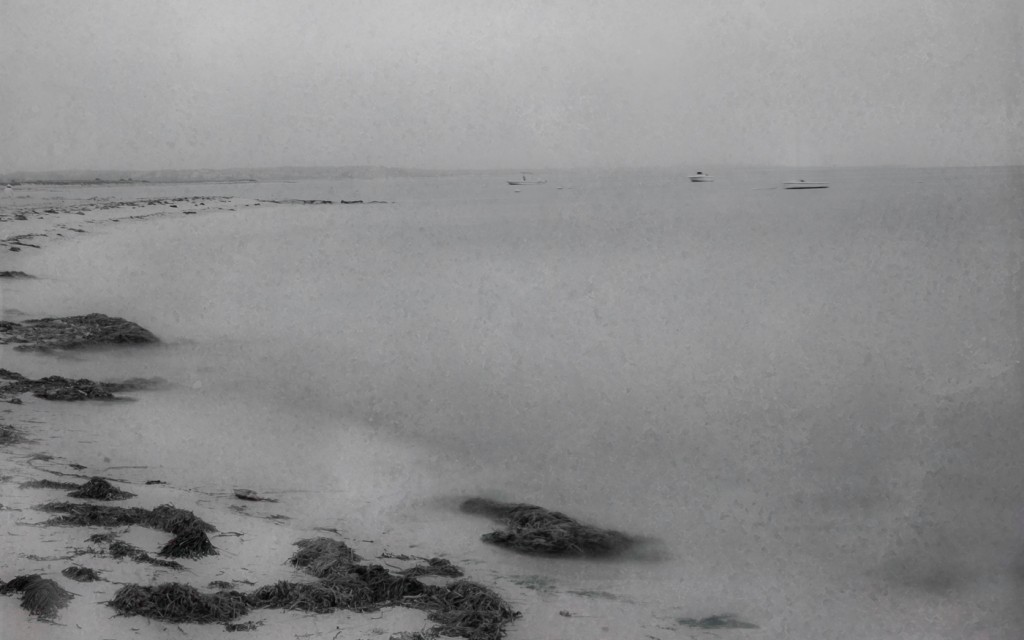 Pat Sweeney
This was one of my favorite locations on Cape Cod.  Tho’ the sky  has a bit of blue, the scene was very overcast and the wood and grass tones were very earthy.  Therefore, I decided to take the photo to B/W….something very new for me.  I also burned the edges slightly for a bit of “framing.” 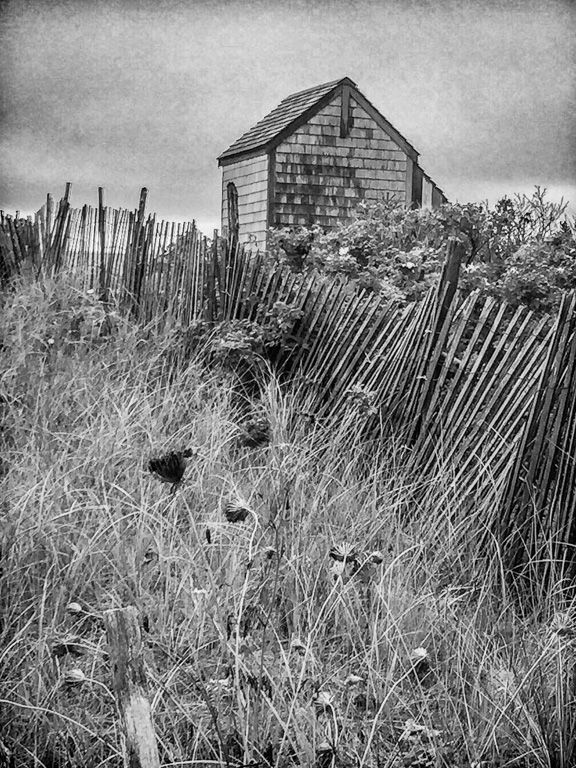 Patrice Zinck
“The photo I’ve selected was taken the first day of the workshop.  I felt that of all the photos I took, this one really captured the mood of the day. The sky was overcast and it was a wet/rainy/damp day, however did not seem to affect the seagulls.  I like the dark mood of this photo.” 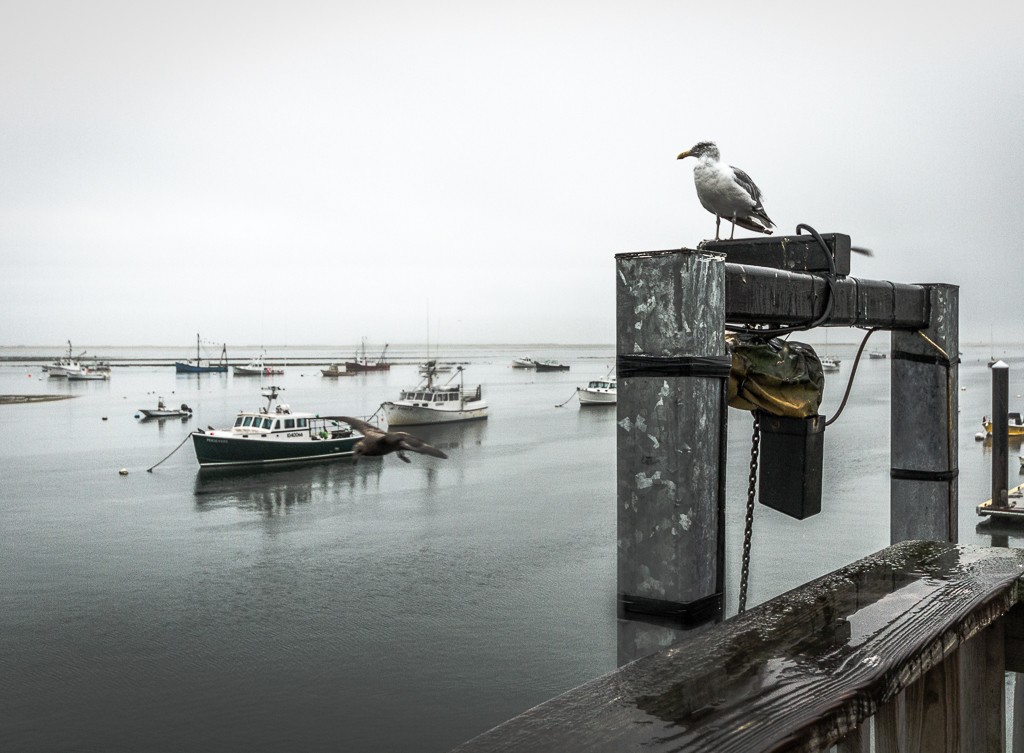 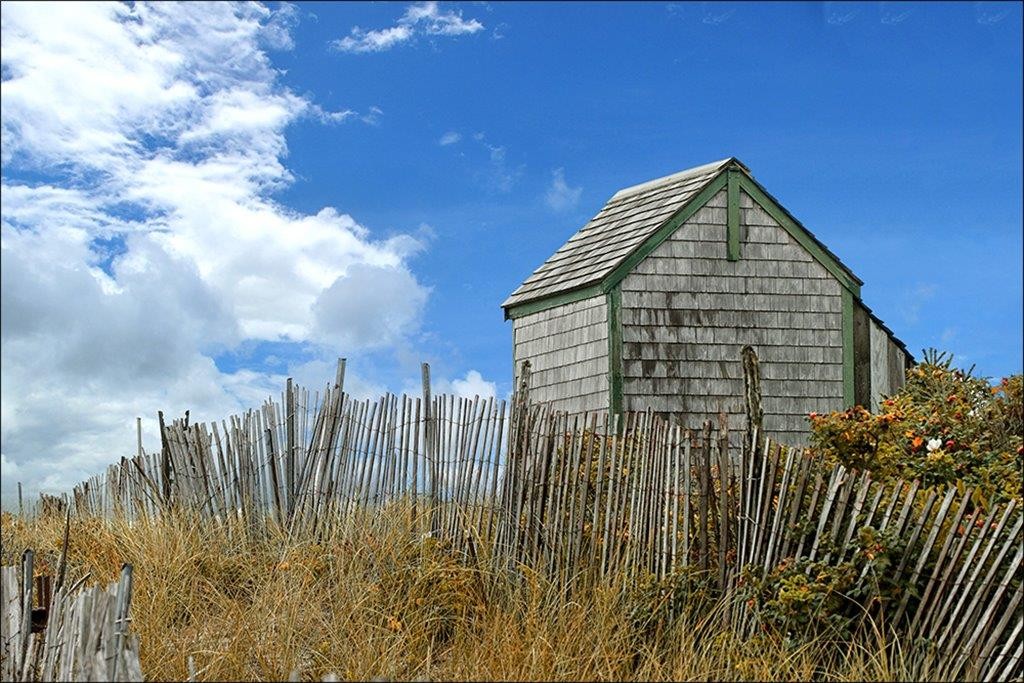 Janet Casey
I realized that I need to stop and think about my intention before clicking the shutter.  What do I want to say?  How can I capture my intent, with the right lens, exposure, angle? 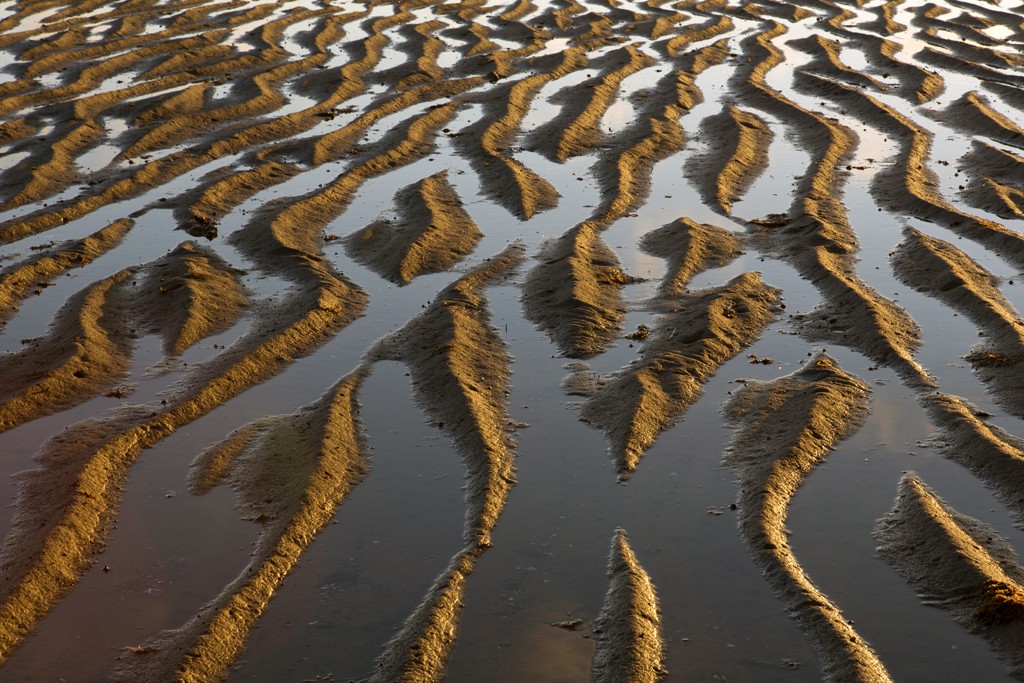